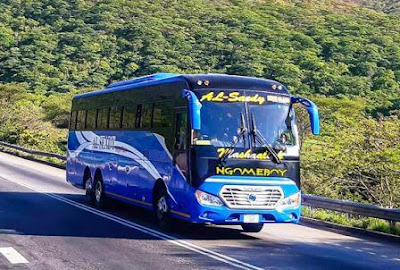 Al Saedy High Class Is one among the most popular bus company in Tanzania and They have been in the transport industry for more than 20 years. The company have their Headquarter in Morogoro region and they are providing daily intercity bus services from Dar es salaam to the Southern Highland zone, Central zone and several districts in Morogoro region.

Al Saedy High Class dominate most of the major routes in Morogoro and they have managed to dominate some other major routes to Iringa and Mbeya regions. Al Saedy is one among the few companies in Tanzania which have a large number of fleet which are well maintained in their workshop in Morogoro.

The company own a large number of Chinese Fleet ranging from Yutong bus model to Golden Dragon, Sunlong and few Scania buses with a local made bodies. Their Fleet undergo a well scheduled maintenance and services to keep them fresh for the daily long trips.

They operate a Semi Luxury and Ordinary fleet according to LATRA provided standard. Their buses doesn't have uniform color scheme instead every group of buses have different colors.

A passenger who have chosen to travel with Al Saedy Bus, Will Always enjoy the following features and services on the go:
2 By 2 Reclining Seats With Enough Legroom
USB Charging Point Onn Every Seat For Some Buses
Multiple Television For Passenger Entertainment
Good Sound System For Music & Listening
Overhead Reading Lights & Speaker
Air Conditioning Services On Some Buses
Free WiFi On Some Buses

They also provide Parcel Transfer services to all destinations where their buses used to go, They charge fair prices to all customers depending on the nature and size of your Parcels.

Booking of Tickets can be made at their offices which are available in all bus terminals and their offices located in towns. You can also make a booking of your Tickets by calling the directly through those contact number listed below this post. 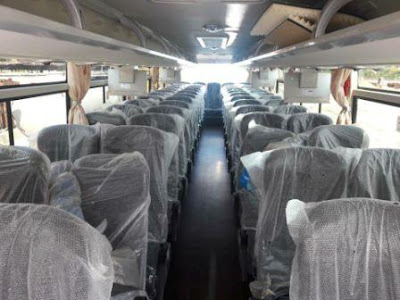