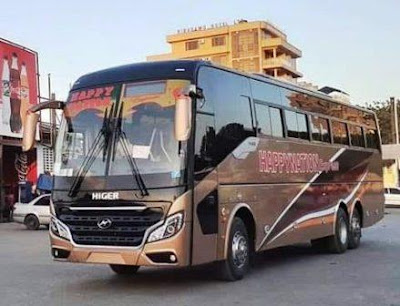 Happy Nation Express Is a Passenger Transport company with the Headquarter in Dar es salaam Tanzania. They are in the Industry for more than 15 year serving various regions in the Southern, Northern, Central and Lake Zone.

Happy Nation Express have a good reputations among customers who used to travell with them. They have a good Management to take care for their company and their customers as well.  In all Zones, Happy Nation's services are available with the morning and afternoondeparture for passengers and parcel transport services.

Happy Nation Express have a big number of fleet in their list for different routes. Once upon a time the company were using Scania Buses before innovating their list to the latest models of Chinese Yutong, Higer and Zhongtong buses. They are now having large number of Higer buses to all routes they used to operate their services.

According To LATRA, Happy Nation Express have Semi Luxury Coaches with best on Board features as listed below:
Slim Television For Entertainment
Sound System For Music & Listening
A\C Services on some of their bus
Free WiFi Available on some of their buses
Reclining Seats With Extra Legrooms
USB Charging System On Some Buses
Free Drinks & Snacks

The Company specialize in Passenger transport services from Dar es salaam to other regions in Tanzania. They have a daily scheduled services with the booking available at their offices, agents and at the terminal.

Passenger can make a booking by visiting their offices or by calling them through those contacts listed below. At the terminal you can meet with Happy Nation's Agent to simplify your booking process.

Happy Nation also deals with the Parcels transport services, They charge fair prices to all people depending on the type and size of your Parcels. 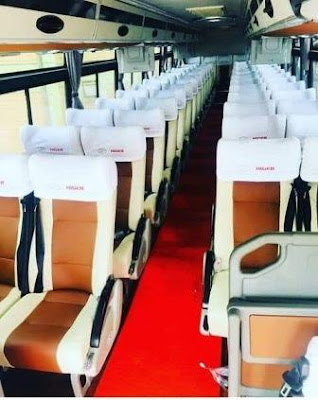