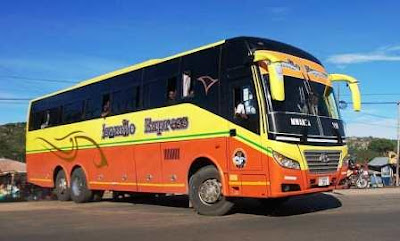 Isamilo Express Is a Mwanza based bus company which provide Passenger Intercity services from the region to other cities and towns in Tanzania. It is one among the best bus companies in the Lake Zone serving customer with an excellent services.

Isamilo Express Bus company provide transfer services for more than 15 years and they are now grown strong with a numerous number of fleet in their list. They have been able to expand their services to Southern Highland and Northern zone apart from Dar es salaam route.

Apart from Bus services, Owner of the Isamilo also provide Hotel services in Mwanza at the Isamilo Lodge with a good prices, Therefore if you are travelling to Mwanza their Lodge is the best place for you to relax.

Being the champion in the Transport Industry for Lake zone regions, Isamilo own different types of fleet with Scania, Zhongtong, Yutong and Higer bus models. They were formerly having only scania buses but in the recent years the company innovated their fleet list to Chinese machines.

They do have Ordinary and Semi Luxury buses in their list, Most of them being semi luxury Chinese machine including Asia Star bus models. Their buses are modernized to feet your needs and below are some of the features available on their buses:

They have daily intercity passenger transport services between Mwanza and other regions in Tanzania. They have a well scheduled morning departure at each terminal with the Booking services available at their offices, agents and by calling them through those numbers listed below.

Passenger can make whose booking in advance or at the time/day of travelling. Pick up services are available at the stops point on the main road.

Isamilo Express also transit Parcels to all regions where their buses used to go with a fair charges on price. You can post your Parcels at their offices or by consulting with the drivers. 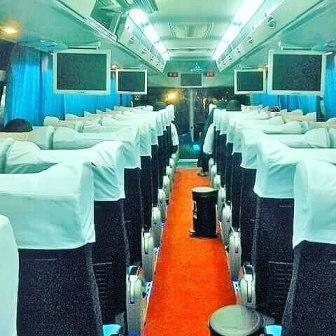