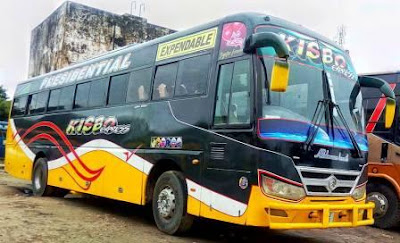 Kisbo Safari Is a Tanzania's Charter and Coach Operator which provide daily intercity bus services from Dar es salaam city to other popular towns and cities in Tanzania. Kisbo is one among the giant and most popular bus company in Tanzania, Most of their customer being the Youth and Businessmen from the Lake zone.

They are in the Passenger Transport Industry for more than Ten years and they have managed to build a strong customer base following a good Time management in their trips. The company serving the Lake zone regions, Southern Highland regions and Coast zone regions.

They have a mix of fleet in their list ranging from Scania bus model to Chinese Bus Models like Higer, Zhongtong and Yutong. They only operate a Semi Luxury buses according to LATRA, an authority for controlling Land transport in Tanzania.

Kisbo Safari do provide on board services and entertainment to their Passenger as a party of making them comfortable with the journey. All of their customers are treated well with equal attitude to them regardless their status.

They are in the Industry to provide a daily Passenger Transport services from Dar es salaam city to Mainland Tanzania. They have a daily route to Mwanza City, Kahama Town, Mbeya City and Tabora.

Passengers can make a booking of their Tickets at the Kisbo Offices in all terminal or through their Agents in all major towns. Booking also available by calling them through those contact number listed below this post.

You can make a booking of your Tickets at the Travelling day or In advance to escape from trouble of those Ticket Vendors at the terminals. 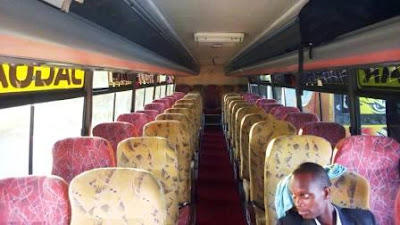