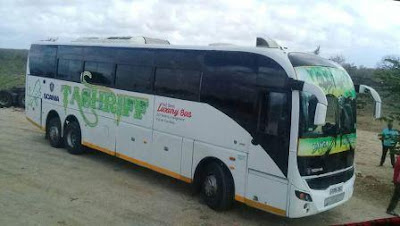 Tashriff Luxury Coach I s a Tanga based intercity bus which have been in the Industry for more than 30 years now. It is one among the earliest bus company to serve customers between Tanga city and Dar es salaam city via Chalinze.

Upon it's establishment Tashriff Luxury Coach were using local ordinary buses despite their name calling them a Luxury Coach, But this name came latter just after the previous name Tashriff Video Coach.

They have started with one route of Tanga To Dar es salaam at the time when the company established. At the moment the company expanded their services by increases other many routes within Tanzania especially the Central and Southern regions.

At the time when the company was established, They were using Scania bus model with Locally assembled bodies. Due to the development of technology and modernization, They are have invested much in Chinese Yutong, Golden Dragon and Few Scania buses.

They are buses are of Semi Luxury and Luxury classes and some of them with VIP section at the front of the bus starting from the middle area. The VIP section fares is different from the rest part on the same bus.

On board entertainment are available on their buses from a Seven Lcd Television and Sound system fitted on each seat of the bus. Their buses also have free WiFi and Charging system on each seat.

The main Aim of Tashriff Luxury Coach Is Passenger transportation services between cities and towns within Tanzania. They have daily departure to all destinations where their buses have routes.

They have a Pick Up services at their passengers whom are not starting their journey from the main stations, You Can make a booking by calling them on the numbers provided below and they will pick up you at your point on the main road.

Apart from Passenger transport services, They also transport Parcels to all destination and towns where their buses passes through to destinations. 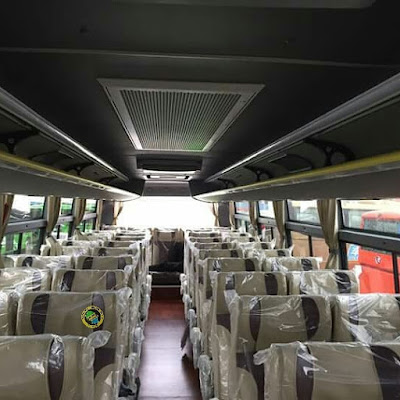 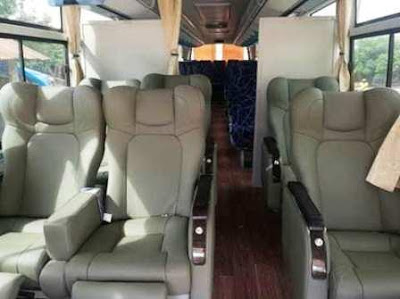