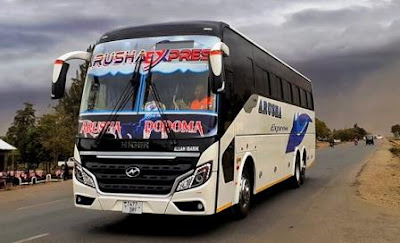 Arusha Express Is a bus company operating in Tanzania, It's headquarter is in Arusha City. They are in the Transport Industry for more than Ten years serving the Northern, Central, Lake and Southern Highland zones in Tanzania. It is one among the giant bus company on those routes with a large number of fleet.

Although They are giant and dominates those routes, They still face a big competitions from other companies which plays the same route. To care for their customers, The company have a wide renge of Agent every where their buses pass through to the destination.

Arusha Express own a mix of fleet and they have a large number of Scania Bus model with Marcopolo bodies as well as few Chinese bus models like Yutong and Higer. All of their fleet have a Semi Luxury Badge at the door side from LATRA.

They do operate modern buses which offer a comfort travel to their passengers. When you choose to travell with Arusha Express, You will enjoy some on board features and services as listed below:
Television Services From Slim Modern Tv
Sound System For Music And Listening
A/C Services On Some Buses
Charging System On Some Buses
2 By 2 Reclining Seats With Enough Legroom
Free Soft Drinks On The Bus

Arusha Express Offer daily intercity passenger transfer from Arusha city to other regions in Tanzania. They have daily morning departure in all cities and towns, You can make a booking of your Tickets by visiting their offices located in all regions where their buses used to go or at the terminal during the day of travelling.

Booking of your Tickets can also be done by giving them a call through those contact numbers listed below this post or by visiting their agents who are available in all bus stops.

Arusha Express Also offer Parcels Transfer services in all regions where they have a stops, You can post your Parcels at their offices for security purpose. 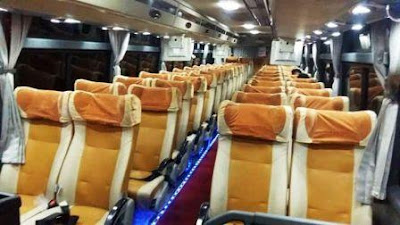