Ilasi Express Is a dominant bus services company which serving between Tunduma and Dar es salaam city. The company is in operation for more than ten years now and obvious they are using Scania buses.
It is one among the popular and most loved bus company in that routes. Their buses are semi Luxurywith 2*2 seat arrangement, They have Television services in their bus with a Good sound music system.
The major reputation of Ilasi Express is that "They are very smart in time management at the terminal and while their buses are on the way to respective destination". 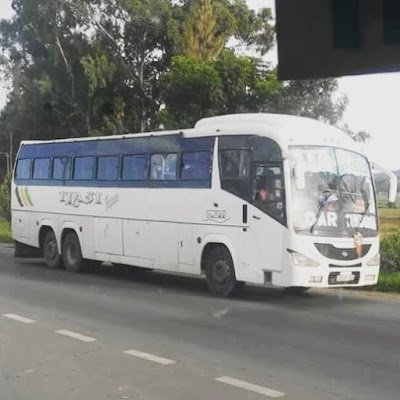