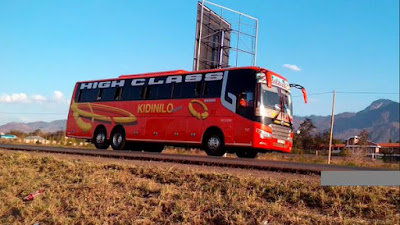 Kidinilo Express Is an intercity bus company which serves between Morogoro Region and Dar es salaam city. Kidinilo goes beyond Morogoro Town to interior of the region including remote area like Mahange.
Kidinilo started as a Local intracity bus services by serving Ifakara with the nearby Towns and villages. Later on the company expanded it's services to other major city and towns.

Kidinilo Company is using both Scania Buses with local assembled bodies and Chinise buses like Yutong and Zhongtong. Kidinilo has both Ordinary and Semi Luxury class buses, Kidinilo Buses also has on board entertainment like Music system and Television service. 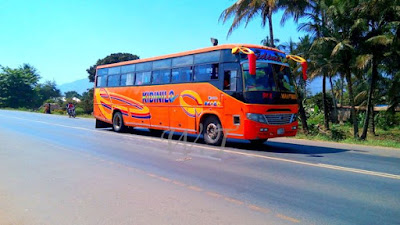