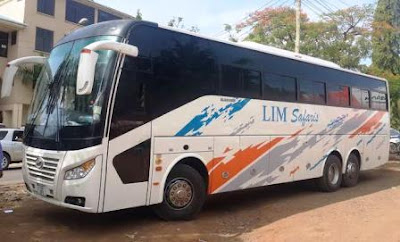 Lim Safari Is a Passenger Intercity Bus Company which based in Moshi Urban, They have been in the Industry for more than 15 years serving as a Local intracity bus before expanding their services to Inter city from Moshi to other cities and towns like Dar es salaam, Arusha and Morogoro.

Lim Safari always care the most about their passenger Satisfactions Thus why are are struggling to provide the best services to their customers. They have a good management which lead their workers to make sure they give what customers expect from them, You Can Travell  with them from Arusha to Dar es salaam Via Moshi & Bagamoyo as well as Arusha To Morogoro Via Moshi & Msolwa Chalinze.

They own a Modern And Comfortable fleet from The Chinese Bus makers, They do have Chinese Yutong Buses and Higer Bus Model. All of their buses are clean and operated with a well trained staffs to make sure you are travelling in a comfort styles.

Lim Safari Buses Have Semi Luxury Class according To LATRA, the only authority responsible for controlling Land Transport in Tanzania. When You choose to travell with Lim Safari, You will enjoy the following features:
2 by 2 Reclining Seats With Enough Legsroom
Television Services From Multiple Slim Tv
Music From Modern Sound System With Self Listening Speakers
Free Drinks & Snacks
A/C Services Available On Their Buses

They are the One among the best bus company in the Northern Routes which provide daily Passenger transport from Moshi And Arusha to other towns and regions in Tanzania. Their Basic Routes are Arusha To Dar es salaam and Arusha To Morogoro. They have a Morning departures fro thoses routes but also they do have afternoon and evening departure for Moshi To Arusha routes and Moshi To Other nearby towns.

Lim Safari Also Transit Parcels with a fair prices to all of their customers. Price of the Parcels depend on the nature, size and weight of the respective Parcels. 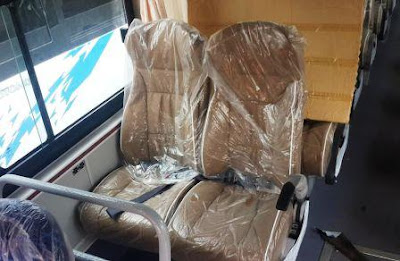 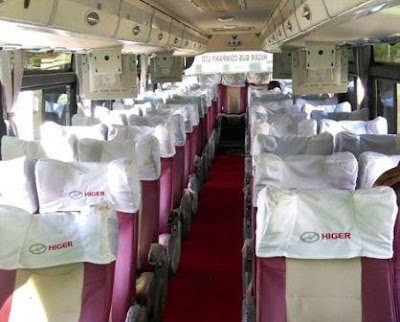