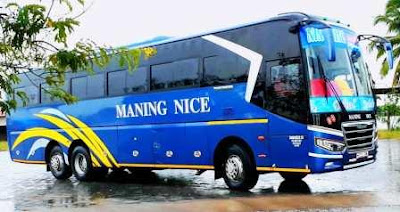 Maning Nice Classic Is an Intercity Passenger Public Transport based in Dar es salaam. They are in the Transport Industry for more than 15 years transferring passengers from Dar es salaam Southern Regions as well as to Some towns in Tanga and Morogoro Regions.

Maning Nice Classic Offer a well scheduled bus services on daily basis with Morning departures in all of their terminal. The company become well known for their best reputations among customers who always used to travell with them to different destinations.

The company was the biggest holder of Scania Bus Models once it was established but just after the Chinise Invasion into Tanzania's transport Industry, They have made a huge innovation to their fleet list by adding Zhongtong bus model.

They are now a biggest holder of Chinise Zhongtong buses in Tanzania, All of their buses are of Semi Luxury Class according to the badge given from LATRA, An authority responsible for controlling Land Transport in Tanzania. Below are some of the Ideal on board features available on their buses:\
Multiple Television Up To 7 On A single Bus
Modern & Classing Sound System (FM Radio, DVD Player, Microphone)
On Board Air Conditioner (AC)
Free WiFi Available
USB Charging System On Each Seats
2 By 2 Reclining Seats With Enough Legsroom
Free On Board Drinks & Snacks

The company is specializing on Passenger Transport especially from Dar es salaam to other regions in Tanzania. They are providing daily transfer services with morning departure in all terminals and stops.

Passenger can make booking of their Tickets by visiting their offices in all bus terminalsor by contacting their Agent through those phone numbers listed below this post.

The company also offer a Parcels transport service with a fair prices to all of their customers. Parcel prices depend on the type, nature and size of your Parcels. 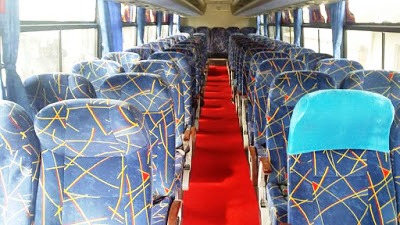 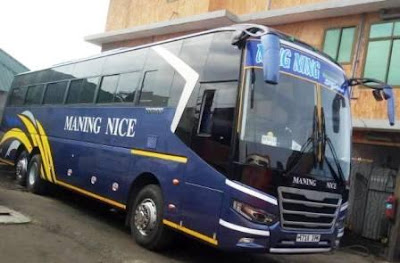