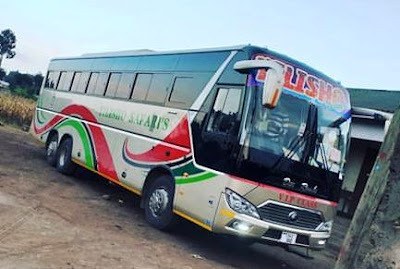 Tilisho Safari's Is an Intercity Bus company providing daily transfer from Kilimanjaro region to Dar es salaam city as well as Arusha city. They are in the Transport Industry for more that 20 years started as a small as intracity bus service operating only in Kilimanjaro region.

Tilisho Safari's has now grown up and expanded their services to other commercial cities with the big innovations in the number and types of fleet they operates. They have a good reputations from their customers on their Intercity routes following the best services they offer to their passengers and customers.

They own a modern and luxurious fleet which operate in the Long distance travell from Rombo and Tarakea to other commercial cities in Tanzania. Though they have other local buses for the intra region services but most of their buses are of good quality.

They have a Chinese Yutong Buses with a Semi Luxury Badge from LATRA, An authority for controlling Land Transport in Tanzania. Most of their coaches are relatively new with a comfort feature inside the bus. Below are some features and services available on their buses:
Multiple Slim Television Up To 7 Tv
Modern Sound System With A Self Listening Speaker
2 By 2 Reclining Seats With Enough Legroom
USB Charging System On Each Seat
A/C Services With A Self Controlling Devices
Free WiFi Available On Their Buses
Free Drinks, Snack & Fresh Fruits Available On Their Buses

They offer Daily Intercity bus services from Rombo and Tarakea to other major business cities in Tanzania of Dar es salaam, Moshi and Arusha. They have a well scheduled trip for their intercity bus with morning departure in all cities and towns.

Passenger can make booking of their Tickets at the Bus Offices located in all destinations or at the terminal during the day of travelling. Tickets also available through their Booking Agents or By making a call to them through those contact numbers listed below this post.

Tilisho also transit Parcels to all of their bus destinations with a fair prices depending on the nature, typs and size of your Parcels. You may contact them for Help. 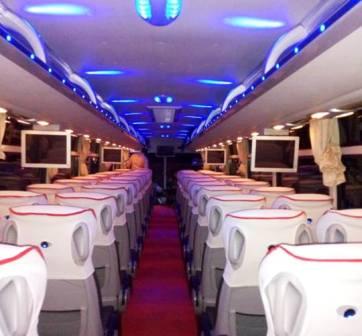