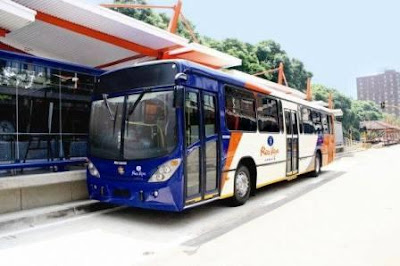 Rea Vaya which means “we are going”, offers fast, safe and affordable public transport on a network of bus routes across Johannesburg.

It is a City project aimed at providing better public transport, reducing congestion on public roads, improving the environment and creating jobs.

Buses run along dedicated routes to ensure speed of service, while the enclosed stations are designed to be spacious and welcoming.
The Rea Vaya Bus Rapid Transit System (BRT) is designed to provide a high quality and affordable transport system, which is fast and safe.

In order to deal with the increasing transport problems faced in Johannesburg today, the City is pleased to introduce the Rea Vaya Bus Rapid Transit System.

Buses will run in exclusive, dedicated lanes in the centre of existing roads. Smaller feeder buses will bring people from the outer areas to the stations on the trunk routes. This will extend Rea Vaya's network to areas far beyond the main trunk routes. Buses will be either 75- or 112 capacity vehicles, depending on passenger volumes and will operate from about 150 stations, positioned half a kilometre apart. They will run every three minutes in peak times and every 10 minutes in off-peak times and it will be possible to catch a bus from 5am to midnight.
REA VAYA SMART CARD

T1: Thokoza Park to Ellis Park East
This route is coloured red.
The cost for travel is R12.90 one way.

Rea Vaya operates weekdays from Monday to Friday from 5am to 9pm and weekends 5am - 6pm.

Buses run at a 5-minute frequency (

On Saturdays, buses run from 5am to 7pm at a 30-minute frequency (every 30 minutes).

On Sundays, buses run from 6am to 7pm, at a frequency of 30minutes (every 30 minutes).
CLICK HERE FOR BUS FARES 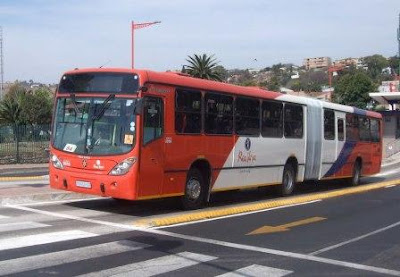 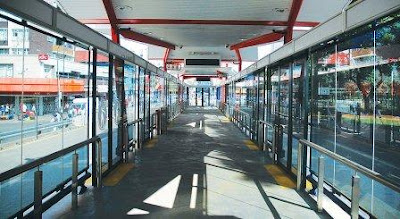