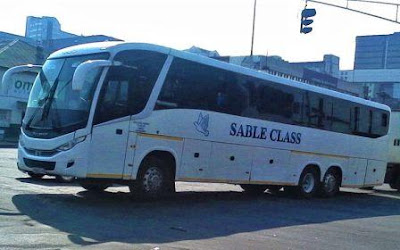 Sable Class Transport Cc Is a Zimbabwe's based bus company which operate in local Zimbabwe Routes as well as cross boarder routes. Formerly this company was known a First Class Coaches before changing it's name to Sable Class Coaches. They have daily routes between Zimbabwe and South Africa.

Sable Class Coaches uses modern bus models which are locally and internationally made, They have much invested in Scania Marcopolo bus like G7, Scania Touring bus, Scania Irizar bus and they also have MCV bus from South Africa.
Sable Class Coaches May be ranked as a semi luxury coach with 2 by 2 seating arrangement, On Board entertainment like Television, music system and many more. Their buses also have A/C services all the way long, Reclining seat, soft drinks and snacks are provided for free.

Harare To Johannesburg
Harare To Lusaka 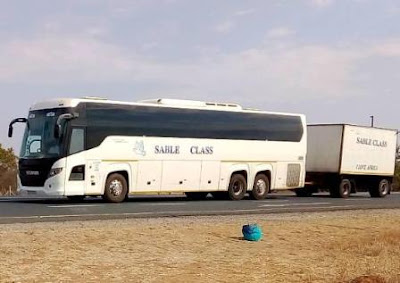