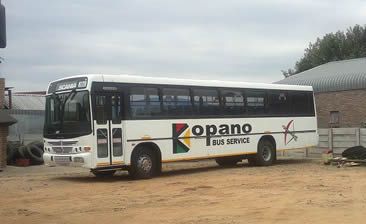 Kopano Bus Service CC is a passenger transport company which was founded in September/October 2000 and registered in April 2001. Kopano Bus Service started operating as a Black Economic Empowerment cc in the Lebowakgomo area with Great North Transport (Pty) Ltd.

The company has experienced phenomenal growth surpassing the set targets by more than 100 %.Today the company increased its fleet by more than 250%. Kopano Bus service operation success has mainly been fueled by a solid and visionary leadership together with a strong and capable management team.

Kopano Bus Company fleet is mainly made of 65 and 80 seater buses. Their buses are known to be always reliable, comfortable and consistently clean to offer their passengers a superior onboard experience while riding to their various destinations.

They conduct regular check on their fleet to ensure that they remain roadworthy as well as doing regular refurbishing of the old fleet to meet their required standard of acceptability by our passengers.

Inter-City Charter Service
Their buses travel to all the cities of South Africa and can be hired for special occasions.

Special Hire Service
They offer specialised private hire services to organised groups such as churches, schools, clubs  and societies as well as hires for funerals.

Their private hire service has risen in popularity amongst communities where theyoperate. Whether its funerals, weddings and any other travel for leisure, our company is living up to its motto “Legae La Banamedi”, The home for passengers. 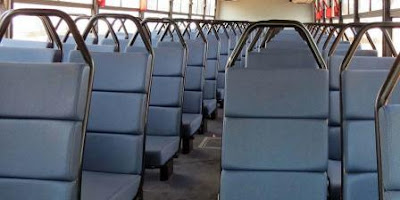