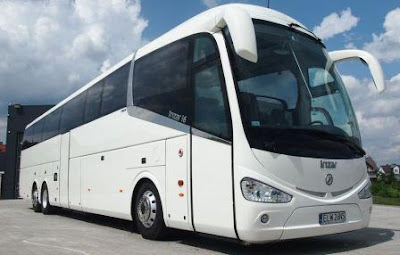 When You Are in Morocco there are several ways to travel efficiently and affordably when visiting different cities. But not all means of transportation can get you everywhere you need to go. The exception to this is any one of the three national bus companies that operate between major towns and cities as well as having drop off points at the stops of some smaller towns.

Though there are many travell options, The cheapest and most efficient way to travel around the country is through buses, It's generally safe, although drivers sometimes leave a little to be desired.

They are Operating on many intercity routes and night buses can be both quicker and cooler, although risks from other road users are considerably heightened.

Compared to Trains, Buses are a cheaper and more comprehensive in Morocco’s travell Industry, They are serving smaller cities and towns that aren’t reached by rail. There is a major bus companies which provide safe and modern way of travelling in Morocco within cities and towns with a well scheduled timetable. There are also some smaller companies as well, but they often don’t operate on a schedule and may not leave a station until they are full.

All major bus companies are the most reliable, operating comfortable coaches and many with air conditioning. Booking of these companies have been facilitated where you can purchase tickets on their websites

All buses have rather meagre curtains, so to avoid melting in the sun, pay attention to where you sit. Heading from north to south, sit on the right in the morning and the left in the afternoon; east to west, sit on the right, or on the left if travelling from west to east. You will often be assigned a seat when you purchase your ticket, but you can ask to choose a place.

Most Of The Bus trips which takes longer than three hours incorporate a scheduled stop to stretch your legs and grab a snack. Buses are sometimes delayed at police checkpoints for about 10 minutes longer than grands taxis, whose local drivers usually know the police.

Another option to have a safe and comfortable travell in Morocco is by taking a Train. Most train routes run regularly so it’s rare to have every seat sold out, but it’s good to book in advance if you want to guarantee your spot. The stations are always centrally located and you can buy tickets a few weeks in advance, so just grab ‘em whenever it’s handy.

Train Classes And Costs
In Morocco there are two types of train, and the main difference between the two is comfort, rather than speed. These classes are:

First and second class fares are available, with six seats in 1st-class compartments and eight in 2nd class. First-class tickets include a reserved seat, while in 2nd class you just sit in any empty seat. Second class is more than adequate on short journeys. For longer trips, the extra for 1st class is worth paying.

Shuttle services operate regularly between Kenitra, Rabat, Casablanca and Mohammed V International Airport, and they supplement the rapide services on this line.

At weekends passengers get up to 25% discount on return trips, on major-line trains.
Train Ticket Prices in Morocco
If You want to get all of the details on pricing and ticket options at the ONCF website.  You will find that many ONCF staff speak English so they can usually help you out at the station.
NB: It is not possible to book either the train or the bus outside of Morocco, or much before the date of travel. As such, you may ask your hotel to help you book the tickets at the time. Trains are operated by ONCF, coaches by an ONCF subsidary, Supratours,  it is possible to book one ticket for a route that covers both rail and coach.