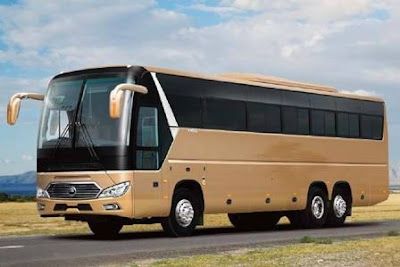 Travelling by Bus in Tanzania will give you three options to choose depending on your budget, either travel on the cheap side with Ordinary Class buss which have 2 by 3 seating arrangement, Or Semi Luxury bus with a economy budget and the coaches have 2 by 2 seaters and the last one is Luxury Class where all features are available on the bus with 2 by 2 seaters while other have 1 by 2 seating arrangement with on board toilet.

Usually there is no bus office or cash register to buy tickets after 9.00 PM. You have to buy tickets from a street vendor, but be careful to check it twice as there are scams about false vendors, who sell you fake ticket and disappear. It is best to approach the bus and talk to driver directly or getting into the bus offices directlty. Always keep the ticket until you are on the bus and bus conductor checks it out.

Most of the long distance Luxury and Semi Luxury buses make fewer stops, are less crowded and depart on schedule. Some have on board toilets and A/C, and the nicest ones are called luxury buses. On other side,  the only option is ordinary buses, which are often packed to overflowing, stop often and run to a less rigorous timetable.

Fares are basically fixed, although overcharging happens, But also you may find yourself in negotiations with the Ticket sellers and you may get a discount on prices you pay for a single routes.