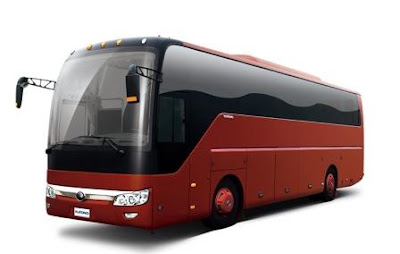 Public Transport System in Ethiopia has improved in recent years and now you can smoothly travell by road in many regions of the country. Ethiopia's road network has improved substantially in the past decade, Almost every major road is tar sealed. Though Some Off roading routes, such as driving to remote hiking or rock climbing starting points, remain largely unsealed.

The development and improvement of the Ethiopia road network also lead to the development of intercity public transport network. Public buses, painted yellow and red, are basic and cheap, though they can be crowded.

In Ethiopia now you can have more comfortable bus option to choose from one of the many privately run coach services which operate between major destinations. Be mindful that the coach journey can be long. For instance, a coach service from Addis Ababa to Gondar will take 13 hours.

All Luxury bus goes with timetable and most of them depart from their starting point between 0500 and 0700 Eastern Africa Time and the ticketing and boarding processes can be difficult, particularly if you don't read or speak Amharic. Anyone assisting you with your luggage, including the person passing it up to the conductor's assistant on the roof, will expect a small tip.

In Ethiopia buses are not allowed to travel after dark, some long distance journeys took up to two days with an overnight rest stop. You may not be allowed to remove your baggage from the roof of the bus during this overnight stop and so should pack essentials in a day bag to carry onboard.

In some cases when you arrive at the bus station there will only be one bus heading in your direction, so any thoughts about it being private or government become irrelevant. If you haven't booked in advance through one of the new private companies, your choices will be limited to whichever bus is leaving next.

Costs of the buses are very cheap in Ethiopia. Both government run and private buses work out at around US$1.50 to US$1.75 per 100km. You will pay double or triple this for one of the newer private companies, but travellers think it's always worth it.

Some places have a lack of reliable transport services and Some foreigners used to travel around remote regions in the back of goods trucks. The Lower Omo Valley was a popular place to do this. It’s now illegal and, contrary to travellers’ rumours that it’s in order to make tourists pay for organized tours, it’s actually for safety reasons, And This Rule only seems to be enforced on foreigners!

There is also a Minibuses which are commonly used between towns connected by sealed roads or to cover short distances. Legally they are not allowed to operate over a distance greater than 150km but many drivers flout this rule. Some of these travel at night to reduce the chances of a brush with the police or during daylight hours, the driver merely swaps his papers halfway through the journey so as to confuse the police. Minibuses cost slightly more than buses, but they leave more often and cover the distances more quickly.