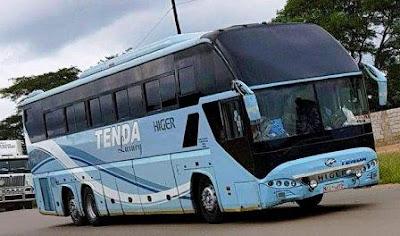 Tenda Transport Company Is a Zimbabwe based bus company which established on the early of 1980. This is the one among the oldest bus company which still operate their services in Zimbabwe. They are serving many local routes in Zimbabwe and they hyave a cross boarder service to South Africa and Zambia.
Back in the 80s Tenda used to have a real monopoly on the busiest highway in the country at the time, connecting the capital Harare and the 3rd largest city Mutare. To their credit Tenda was efficient, fast and always on time. There were probably the most stylish and fancy bus company in Zimbabwe.

Tenda Is one among the few companies which own Leyland DAF type of vehicle, Most of this bus play the rural routes where most of their roads are not in a good conditions. They also have MAM and Scania bus models with Marcopolo bodies and MCV bodies as well. They also have Chinese Higer bus which seem to be the most luxury in their list.
Most of their fleet which serves major towns and cities in Zimbabwe and also cross boarder services are of Semi Luxury and Luxury lass with on board entertainment. These buses have Television services and music from modern sound system.
Passenger can enjoy the 2 by 2 seating arangement on some of their buses while other have 2 by 3 seating arrangement with enough Legs space. Most of their modern fleet have reclining seat while those ordinary DAF doesn't have a reclining seats.

They offer a daily services and departure to all destinations where their buses have routes. Their main service is the transportation of passenger within Zimbabwe and on the SADC regions as well. They have a fair prices to all customers regarding to the amount declared by National authorities.

Tenda Bus also provide Parcel Transportation services to all routes where their buses goes. They guarantee a safe and reliable parcel services with a fair prices which can be affordable by any one within and out of Zimbabwe. 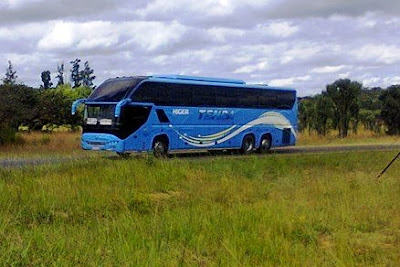