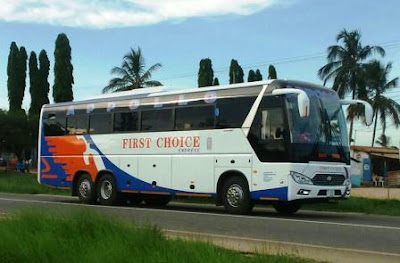 First Choice Bus Company also Known as Apollo Is a Dodoma based passenger transport company which was established on the year 2016 playing the vital role of PSV on the Dodoma to Dar es salaam routes.

Few years just after the establishment of the company, They take over a major customer base in this route and they have imposed a great challenge to the dominant company like Shabiby Line and ABC Upper Class.

Safety is their priority to their customers and they have well trained servant to serve you when you take your trip with them either to Dodoma or Dar es salaam and some stop between the journey.

The company own a smart and modern bus which will leave you comfortable all the way long. Upon it's establishment, The company bought Chinese Yutong bus F12 model and later on they added the advanced model of F12+ series.

They buses are well customized with on board features to keep you fresh and feel good while you travell with First Choice Bus. Their buses are equipped with the following features:
7 Television, 3 On each side of the bus
A/C Services to cool down hot weather
USB charing system to keep your smart phones powered
Reclining seats with enough Legsroom
Some of Them With On Board Toilets

Also On board services like Offering soft drinks and bytes to their passengers available on all of their buses.

The company established mainly for the provision of Passenger transportation services between the Dar es salaan and Dodoma city with daily departure and scheduled services. They have a first class services as well as second class services depending on the type of the bus you have selected to travell with it.

Apart from Passenger Transportation services, They also transit Parcel between the two cities with a fair prices to all. Security of your Parcels is the key concern of their company. 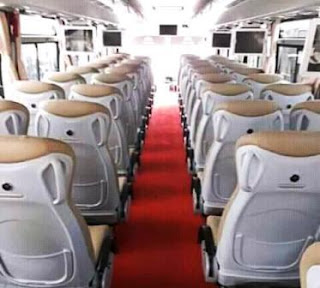 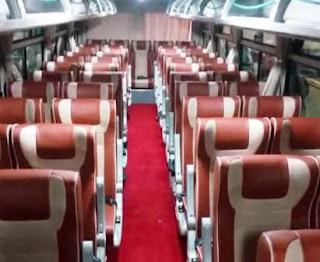