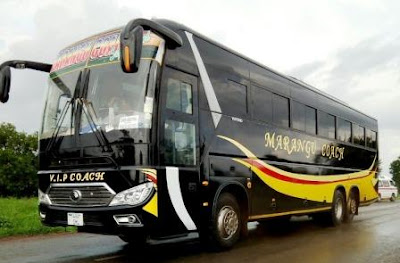 Marangu Coach Is a Passenger Transportation company which have been in the Industry since the late of 2015. Despite of the company name Marangu Coach, This bus company serve their passengers in the main routes of Dar es salaam To Arusha via Moshi with daily bus schedule.

Marangu Coach is a relatively new company in the Industry but in the few years, The company managed to have a good reputation in the passenger transportation services. Most of the customers using this company enjoy the good services and better customer care from their servants.

Upon the establishment of Marangu Coach, The company started with Yutong Buses, These were the F12 model and after few years of operations the company added to their list a new buses. These also are Yutong Buses but this time with the latest model of F12+ with well customized on board features.

Their buses are of Semi Luxury class with a lot of on board features like: 7 Television to entertain you all the way long, A/C services to cool down hot weather condition, Good sound system to refresh your mind.
They also switch on free WiFi for their customers to enjoy smart internet and USB charging system available on each seat of the bus.
They are also provide a soft drinks and bytes to their customers for free.

They are providing daily scheduled bus services from Dar es salaam To Arusha and Vice versa. Their buses are leaving Dar es salaam via Bagamoyo and sometimes via Chalinze to Arusha with main stop in Moshi town.

Thy have a specific Timetable for leaving each terminal and passenger can book their tickets at their offices located in each terminal or you can call the below provided number to make your booking.

Apart from Passenger transportation service, They also transit Parcel with a fair prices to all towns where their buses goes or have a stop. 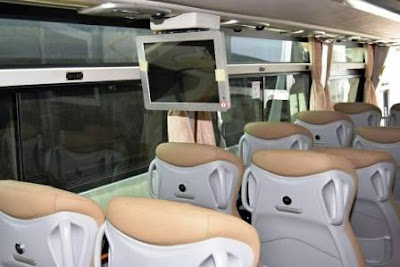 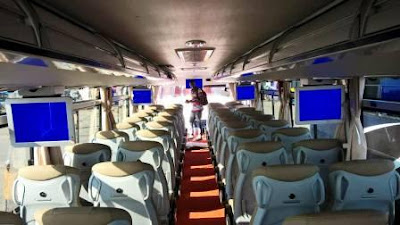