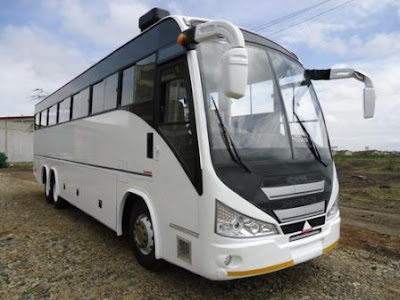 Surface and Marine Transport Regulatory Authority (SUMATRA) is a Tanzanian Multi-sectoral regulatory agency which was established by an Act of Parliament (No. 9) of 2001 to regulate Rail, Road and Maritime transport services.

VISION
To be a world class regulator in surface and marine transport services.

The Role, Functions and Scope of SUMATRA are set out in the Act and sector legislation.

ROLES
The SUMATRA Act 2001, sets out the following as role of the Authority.
a) promoting effective competition and economic efficiency;
b) protecting the interests of consumers
c) protecting the financial viability of efficient suppliers
d) promoting the availability of regulated services to all consumers including low income, rural and disadvantaged consumers.
e) Enhancing public knowledge, awareness and understanding of the regulated sectors including as to
(i) the rights and obligations of consumers and regulated suppliers;
(ii) the ways in which complaints and disputes may be initiated and resolved;
(iii) the duties, functions and activities of the Authority.
f) taking into account the need to protect and preserve the environment
g) taking into account the need to regulate safety and security in the transport sector.


FUNCTIONS
According to Section 6-(1) of the Act, the functions of the Authority are as follows:
a) to perform the functions conferred on the Authority by sector legislation.
b) subject to sector legislation ?
(i) to issue, renew and cancel licenses.
(ii) to establish standards for regulated goods and regulated services.
(iii) to establish standards for the terms and conditions of supply of the regulated goods and services.
(iv) to regulate rates and charges.
(v) to make rules.

c) to monitor the performance of the regulated sectors, including in relation to:-
(i) levels of investment.
(ii) availability, quality and standards of services
(iii) the cost of services
(iv) the efficiency of production and distribution of services, and
(v) other matters relevant to the Authority

d) to facilitate the resolution of complaints and disputes.
e) to take over and continue carrying out the functions formerly of the Tanzania Central Freight Bureau set out in section 4, 4A and 4B of the Tanzania Central Freight Bureau Act, 1981.
f) to disseminate information about matters relevant to the functions of the Authority.
g) to consult with other regulatory authorities or bodies or institutions discharging functions similar to those of the Authority in Tanzania or elsewhere.
h) to exercise port state control of all foreign ships and flag state control of all Tanzanian registered ships.
i) to regulate and approve marine services, safety equipment and marine services providers.
j) to coordinate maritime search and rescue operations.
k) to administer the Act.
l) to perform such other functions as may be conferred on the Authority by this Act or any other law.


If You want to Know bus fares rates from one station to another just follow the procedures below: