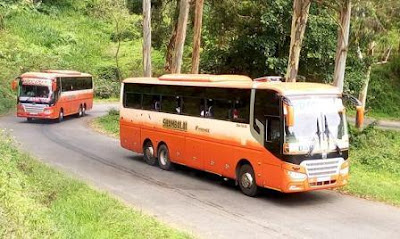 Shambalai Express Provide daily intercity Passenger bus services from the Tanga region to other places in Tanzania especially Dar Es Salaam City. The company has its headquarter in Tanga region with some other sub-offices in all towns where their buses used to go.
Shambalai Express Company Limited has been in the bus industry for more than 20 years, They are now more experienced with the prevailing situation in the transport Industry by knowing what their customers exactly want from them.

Shambalai Express Have a mix of Fleet in their list starting with Scania Bus models to Chinese Yutong and Zhongtong Bus Models. They have Ordinary Class buses and most of them playing the country side routes and Semi Luxury Class which plays the Dar Es Salaam and Arusha routes.

When You choose to Travel with Shambalai Express, You will enjoy a lot of on board features from their modern and latest buses. Most of their buses offer the following features and services to their customers:
2 By 2 Reclining Seats With Enough Legsroom
Television Services From Modern Slim Tv
Good Music From Modern Sound Sysem Fitted On Board
A/C Services On Some Of Their Buses
Well Trained & Experienced Host & Drivers

Shambalai Express Offer a daily intercity scheduled Passenger Transport services between Tanga region to other regions like Dar es salaam, Pwani, Kiimanjaro and Arusha. They have daily morning departure in all towns where they have a destinations and offices.
Passengers Or  Customer can make a booking of their Tickets by visiting their booking offices located at all towns where they are providing their services or by contacting their agent who are also available in all the named areas. You can also make  a booking of your Tickets by calling them through the contact number listed below at the end of this post.

Shambalai Express also transit Parcels between the named Towns and regions with a Fair prices or Charges. 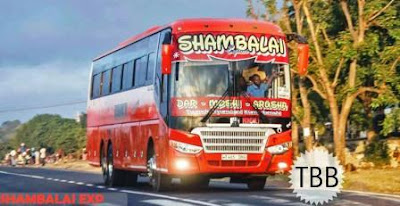