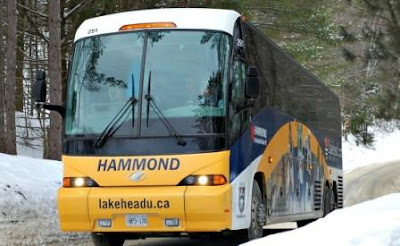 Parkbus is a Canadian Passenger Transport Operator that provides bus transportation from major cities to nearby parks and conservation areas. They are Non-Profit Organization and Its purpose is to enable citizens to access nature and the outdoors without owning a car.

The Parkbus Organization started in 2010 as a private initiative developed by a group of outdoor enthusiasts. A pilot project route between Toronto and Algonquin Provincial Park began in 2010. Since then, Parkbus has become a project within Ontario not-for-profit organization Transportation Options which works to provide sustainable tourism and transportation in the province of Ontario.

Parkbus connects city dwellers with nature through accessible transportation options. Thy operate bus services to National and Provincial Parks from major cities across Canada. They also operate community nature and outdoor programs such as ActiveDays and NatureLink. In British Columbia, Parkbus programs are run by BEST, a non-profit charitable organization with a long history promoting sustainable transportation. In the rest of Canada, Their programs are run by Transportation Options, an Ontario-based non-profit organization dedicated to fostering sustainable tourism and transportation.

They have uxurious coach which is the perfect choice for the touring holiday, boasting a light, airy cabin and plenty of legroom to ensure comfort throughout even the longest journey, and large boot space for all your luggage.

With DVD player and TV screens, refreshment facilities and a toilet, this spacious vehicle has everything you need to make your journey enjoyable and help you get your holiday off to a good start.

Below are some of the Features available on their buses:
DVD and TV screens
Extended legroom
Microphone
Reclining seats with arm rests
Tea & coffee making facilities
USB ports on each seat
Vehicle tracking
Washroom & toilet

Parkbus is your ride to the great outdoors, connecting the city to campgrounds, canoe access points, lodges and hiking trails

Their philosophy is simple; to disconnect from city life, for a moment, and get outside. They provide programming to get you to discover new places, build skills and meet like-minded people in a collaborative environment.

Active Days encourages you to try something new, expand your comfort zone and/or engage in something you already love. They welcome people of all ages and experiences. They will be exploring, hiking, paddleboarding, canoeing and climbing through the parks of Ontario and British Columbia. They are creating a community of outdoor enthusiasts who are curious to explore and thankful for the natural world that exists around them.

Email
Email us at info@parkbus.ca 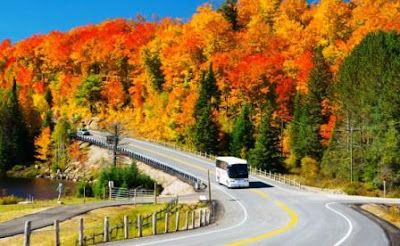