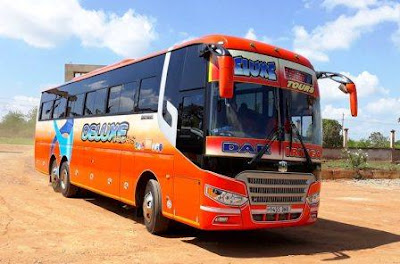 Being In The Transport Industry for more than 10 years, Deluxe Tours Is an Iringa Based bus company which play inter regions daily trip in Tanzania. Basically they have a well scheduled bus services from Iringa region To Dar es salaam city via Msamvu Morogoro.

They are categorized as one among the best bus company in Iringa following a good reputation from their customers as well as online reviews. They have daily routes from Iringa to Dar es salaam and vice versa, Mostly they have a single departure but in some days they have more than one bus on both side.

Upon it's establishment for the Iringa To Dar es salaam route, They were using a Scania bus model with Locally assembled body from Quality Group Fabricator. But they have made a huge innovation of their fleet list and they are now using a Chinese Zhongtong Buses for the same route.

Their new buses are of modern class with a Semi Luxury Label from LATRA, An authorized department for monitoring Land transport in Tanzania.

Their buses have 2 by 2 seating configurations with USB charging system on each seat, Also their seats are reclining. The new Chinese buses have 7 Television one at the front and three on each side.

Their buses also fitted with an AC to gives you fresh and cool air while you travell with them. Free WiFi available on the bus for you to connect to the internet while you are enjoying a good music from their sound system on the bus.

Deluxe Raiders Bus provide a daily scheduled passenger bus services from Iringa To Dar es salaam as well as from Dar es salaam To Iringa with the morning departures. Booking of the trips can be done by visiting their offices at the Bus terminal both in Dar es salaam and Iringa but You can also make a booking of your Tickets by calling them on the Numbers listed below this post.

Apart from Passenger Transportation, They also transit Parcels with a fair prices. Customers can post their Parcels at their booking offices early during the day for the same day transit or late for the second day transit.

Tickets can also be paid using MPESA with the same numbers listed above. 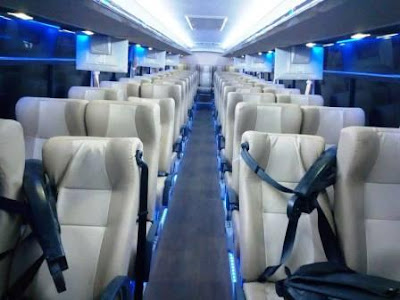 For Travell Company Owner, Manager & Representative: You Can Send Your Business Information Through Email Address Provided Below, Your Company Will Be Listed Just After 24 Hours.