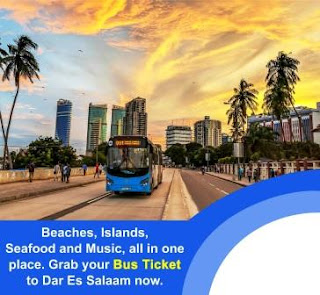 We are now in an era of Modern Technology worldwide, Every system and lifestyle has been changed from a local to modern system.
The Bus transport Industry as well has never been in a stagnant manner, It keep on changing to meet people's needs and the prevailing Lifestyles in a societies.
The Industry is now experiencing the modernization of Ticket Booking System from a Local means to a modern means powered by the development of Internet infrastructures as well as system.
In Tanzania many Big Bus Brands adapted a modern way of selling tickets online by launching their own websites, Apps and other companies uses third parties websites and Apps to sell their tickets.

The following below are those bus companies which has developed a modern means of Booking tickets online and the yellow link will take you to the Booking Portal:

1. Shabiby Line Bus
The company is well known for Dodoma To Dar es salaam route with their Luxury class buses as well as Semi Luxury buses. This is the one among the Legendary and Biggest brand in Tanzania.

They have many routes to Mbeya, Tunduma, Iringa, Same, Rombo, Moshi & Arusha from the Capital city Dodoma.
SHABIBY lINE ONLINE BOOKING
2. Dar Lux Bus
The company is well known for their latest luxury buses to different major routes in Tanzania and East Africa. It is one among the top competitor for Dar es salaam To Nairobi route championing with Dar Express and Tahmed.

This company offer their services from Dar es salaam To Mbeya, Mwanza, Bukoba, Moshi, Arusha, Kahama, Shinyanga & Dodoma.
DAR LUX ONLINE BOOKING
3. Asante Rabi Express Bus
This company is popular in the Arusha To Mwanza route with their Scania buses covered with Marcopolo body and Locally made body. Asante Rabi is one among the champions in that route by offering on time and well scheduled bus services among their customers.
They have Stop Point at Babati, Singida, Shinyanga & Nzega where their Agents provide great services to customers.
ASANTE RABI ONLINE BOOKING
4. Kimbinyiko International Coach Bus
It is one among the giant companies for the Dodoma To Dar es salaam route, giving stiff competition to Shabiby Line, First Choice, ABC Upper Class and other companies.
They offer a Luxury and Semi Luxury classes to their customers using the Chinese Yutong and Golden Dragon buses.
The company also offer their services from Dodoma to Moshi and Arusha via Kondoa, Dodoma To Mbeya Via Mtera & Iringa.
KIMBINYIKO ONLINE BOOKING
5. JMC Express Bus
This company provide their daily services from Dar es salaam To Singida region with it's town like Kiomboi via Dodoma city. This company is popular in this route and have managed to build a strong reputation among customers due to their superior services.

They are in competition with ABC Upper Class for Singida route and Esther Luxury Coach for Kiomboi route.
JMC EXPRESS ONLINE BOOKING