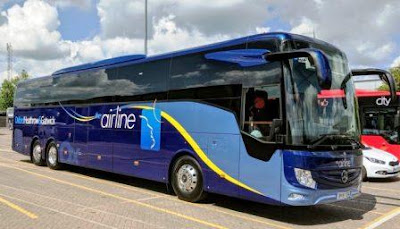 Oxford Bus Company operates a comprehensive network of services in the city, as well as express coach services to London and the airports. They also operate the Brookes Bus Service in partnership with Oxford Brookes University, and the popular park&ride service which connects five car parks to the city centre.

Oxford Bus Company is part of the Go-Ahead Group plc, one of the five major groups involved in running buses in the UK. The Go-Ahead philosophy is for each subsidiary company to run as an autonomous business in tune with the local market. In Oxford, this policy has enabled us to double the use of buses in the last ten years.

Oxford Bus Company and Go-Ahead Group take a strong stance against illegal and unethical labour practices. They are committed to ensuring that there is no modern slavery or human trafficking in their supply chains or in any part of their business.
They have been been awarded the UK Coach Awards Gold Award for ‘Making Coaches a Better Choice’   and Bronze for ‘Top Express Operation’.

Each year, They invest heavily in new vehicles for their fleet. They have more than 160 buses and coaches, over half of which are electric-hybrid buses. This makes them one of the greenest bus companies in the UK.
All of their city and park&ride buses are easy access low floor models so that pushchair, pram and wheelchair users are welcome aboard. Their coaches have lifts which allow wheelchair access also.
The average age of their fleet is around five years, half of what government guidelines suggest. They are proud to run the lowest emission bus fleet of its size in the UK.

Their buses have reclining seats, trimmed in grey moquette with red leather headrest inserts and piping are spaced to allow passengers to comfortably work with a laptop making use of the on board 4G Wi-Fi. The three-point belted seats are fitted with armrests and have access to charging points, both 240V and USB, for electronic devices alongside each seat pair. Steps to the centrally placed nearside second exit also access the on board toilet and a full camera system increases driver and vehicle security.

PickMeUp!
PickMeUp is an on-demand ride-sharing minibus service. Download the app and tell them where you want your journey to begin. They will pick you up from a ‘virtual bus stop’ within a short walkable distance of where you are. The intelligent software works out the best way to take you and their other passengers to your chosen destinations. Simply register your credit or debit card, or pay via PayPal and they will be with you in around 15 minutes. You can think of it like a car pool, only bigger – and you never have to drive yourself. It’s good value and comes whenever you want it.

They run a 24 hour bus service to London.

You can get a SmartCard from Oxford Bus Company’s travel stores (in Gloucester Green and on the High Street). There are options covering different time periods, zones and multiple/single bus operators.

Park & Ride
One Ticket – Family ticket with parking!
You can Buy your all-in-one ticket for the best value. Includes parking for 1 car, and return bus travel for 2 adults and up to 3 children! Available from the specially marked ticket machines at all 5 car parks.

Kids go free!
Up to 3 children under the age of 16 can travel free when accompanied by a fare paying adult, travelling between a park&ride car park and the Oxford City Centre (does not apply between Oxford Parkway and Woodstock).

The Airline
From Oxford to the airports!
The airline is your 24/7/365 day and night airport coach service, taking you to Heathrow and Gatwick airports from Oxford. With more legroom, free WiFi and power sockets, the airline is the perfect way to start and finish your travel in comfort.

BROOKESbus
The BROOKESbus connects Oxford Brookes University campuses with areas like Headington, Cowley Road and Oxford City Centre. These services are for everyone – not just students. 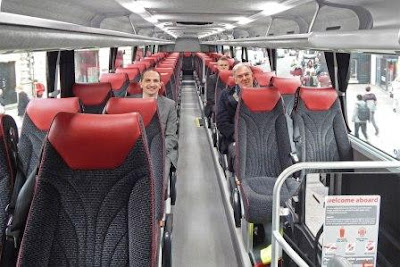 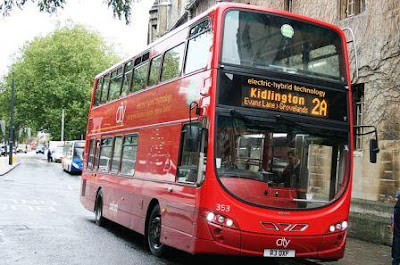