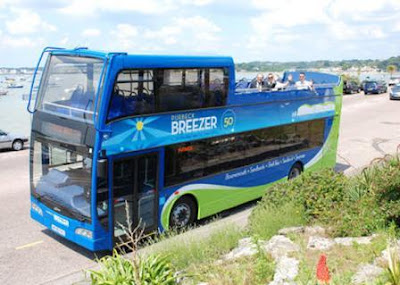 Purbeck Breezer Tour Bus Is Operated by Morebus Company which offer visitors and locals alike the opportunity to experience stunning scenery and the beautiful countryside of the Isle of Purbeck as well as the world famous New Forest National Park.

The origins of Morebus can be traced back to 1916, when a bus company called Bournemouth & District Motor Services was founded; this became Hants & Dorset Motor Services in July 1920 as the network of routes expanded. Hants & Dorset was always highly regarded for offering a reliable and friendly service. The Southern Railway bought into the company in the 1930s and Hants & Dorset became state-owned in 1948.

From 1 January 1969 Hants & Dorset became part of the National Bus Company, and in 1972 the bus livery was changed from the longstanding and familiar green to poppy red. Hants & Dorset was broken up into smaller units from April 1983, one of which was the Wilts & Dorset Bus Company whose area of operation included the present morebus network and sister company Salisbury Reds in Wiltshire.

The Wilts & Dorset Bus Company was bought by its local management team in 1987, and has been part of the Go-Ahead Group since August 2003.

Hop on board of Purbeck Breezer buses to experience the views of the beautiful Isle of Purbeck steeped in natural beauty, bursting with wildlife, full of historic picturesque villages and places to visit.

Purbeck Breezer Bus Tickets
The Purbeck Breezer routes are part of the morebus network and the tickets can be used interchangeably. The network is split into zones with Zone A including most of Poole, Bournemouth, Sandbanks and Christchurch. Zone ABC covers all of Swanage, Wareham, Studland, Weymouth and beyond.

Singles and returns are available, but with a dayrider, you can hop on and off all day long! You can even get a group dayrider for up to five people travelling together to save you money on your travel. If you’re a frequent traveller, you can take advantage of our period passes with weekly, monthly, three-monthly and annual tickets available.

Breezer 40
Swanage to Poole, via Corfe Castle, Wareham and Langton Matravers
Runs all year round

Breezer 50
Bournemouth to Swanage, via Sandbanks and Studland
Runs all year round

Breezer 60
Rockley Park to Sandbanks, via Poole, Lilliput and Canford Cliffs
Runs all year round

*Routes only run during summer

GET THEIR APP FOR ONLINE BOOKING 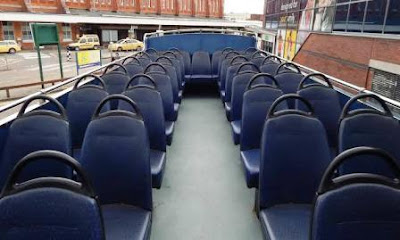