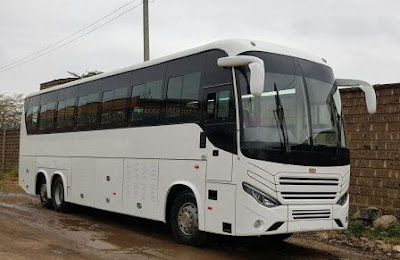 Rwanda is one among the East African countries which real known for it’s fruity coffee, volcanic landscapes, and endangered mountain gorillas, should be on the bucket list of every adventurous traveller. The country is proud itself for having a really reliable public and private transit system, making traversing the land of a thousand hills all the easier.
About 90% of people in the Rwanda, travelling by bus is the easiest and affordable way to make long journeys, travel by air is more a luxury than a necessity for many and since there is no railway travel in Rwanda the best way to connect Rwanda to rest of East Africa is by road transportation.

The country boast itself to have efficient and reliable public transport. Privately run buses cover the whole country and with scheduled departure times for those main buses, you won’t find yourself waiting for hours while the driver scouts for more passengers. For a well established bus companies, You can buy tickets in advance from a ticket office, which is usually the point of departure.

Apart from those main buses, You will find plenty of well maintained, modern minibuses serving all the main routes. Head to the bus stand in any town between dawn and about 3pm and it is quite easy to find one heading to Kigali and nearby towns. Destinations are displayed in the front window and the fares are fixed for some routes but you can also make negotiations with the ticket seller/vendor or driver. Neither buses nor minibuses are supposed to charge extra for baggage.

For a Local Buses, Bus stations are located in all of Rwanda’s major cities and towns, with buses driving both local and national routes. Local buses crisscross Kigali, Musanze, Gisenyi, Kibuye, Cyangugu, and Butare, making their way to each neighborhood throughout the day. To hail a local bus, find one of the ubiquitous bus stops around the city, A small stand with a bench and crowds of people. A local bus will cost between 200 and 400 Rwandan Francs.

For a National Buses, Every city or town has a bus stop or terminal for the cross country national buses. Bus companies surround the parking lot, and list their destinations on posters in front of the ticket counter. Buy your tickets from the companies themselves the day of your trip, as scam artists will generally descend upon lost looking travellers the moment they step into the terminal. After purchasing your tickets, the company will guide you to their bus that’s generally parked right in front of the office. Buses leave for Kigali’s major cities and towns every thirty minutes or so until late afternoon, and pretty much every company in Nyabugogo is reliable

Taxi & MotoTaxi
Taxis are only really necessary in Kigali, though taxis are available in most other major towns.

Most towns are compact enough to walk around, but otherwise a mototaxi is a good bet. They are generally fast but safe, and there’s nearly always a helmet for the passenger.

City Express
This type of transport is only available in Kigali. these buses (smaller and big ones) take you from the major bus stations in Kigali to the smaller spots. Cheap and sometimes very easy. The try to load the van as much as they can. Sometimes they pull you in but the ride mostly takes only about 5 minutes. They leave fast.

Taxi Bus
Taxi bus can be found all over the country. They get you from city to city for a very low (fixed) price. Usually there’s no negotiation over the prices. You might want to check with the other passengers what they are paying. Paying happens inside the bus once he/she is driving. Taxi buses are easy to recognize.

Taxi Bus Express
This Express buses leave on marked hours and you need to buy tickets for them at the office of the bus company. There are a few bus companies all over the country.